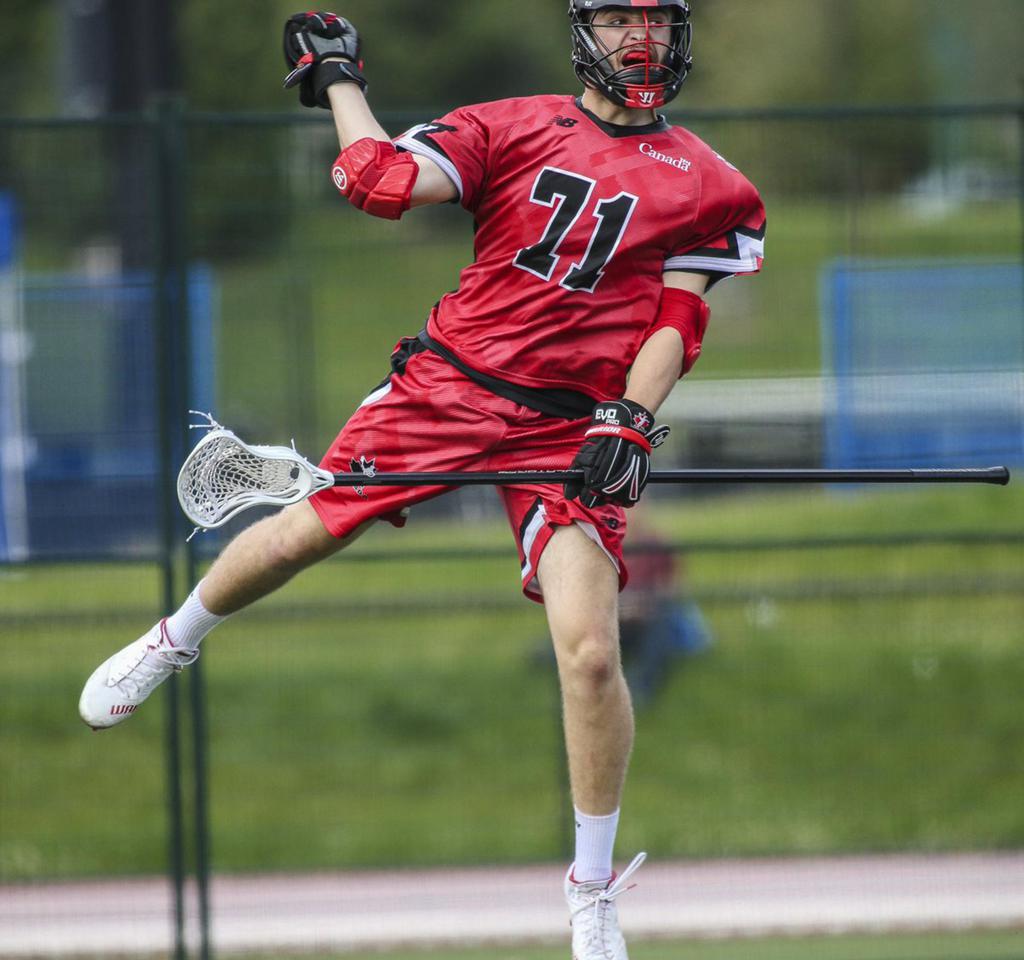 Ryland was one of the original Cali*Lax ALL-STARS players who started playing with us in his minor peewee year.   This age group would eventually train and become the best USA based youth box lacrosse team ever going undefeated in their Canadian tours for their entire midget years.

Ryland won a silver medal last summer in Israel at the FIL World Lacrosse Championship for Team Canada.  He was the second youngest player on Team Canada behind another Cali*Lax ALL-STAR player Tre LeClair.

Ryland was selected to the ALL-WORLD team on defense and has secured his spot as the best LSM in the world today.

Ryland joined our coaching staff last summer on the BCTour with our Bantam and Midgets.  Rees did such a great job we are proud to announce that Ryland will join the coaching staff for the entire 2019 calendar of events along with another graduated Cali*Lax ALL-STAR player Oscar Mahoney.

WATCH Ryland tear it up fo us back in his minor midget year (#71 green stick).